One big job after a photo shoot is to go through all of the images you created. It this case, I shot 1,100 photos while in our national parks. That may sound like a lot but it really isn't considering the duplicates while shooting 4.5 frames and second or doing HDR's.

The first thing I do is in Lightroom, I flagged the photos I like. After I have made my initial selections and find a favorite and start editing it. I try and not spend a ton of time in Photoshop or Lightroom. After I have selected my favorites I will go back and look at my whole library of shots from the trip, outing, or whatever it happens to be and make sure I haven't missed anything. It's always good to go back a week, month or even a year after and look at the ones you didn't initially like.

This photo was one of the first ones I edited after a day in Lamar Valley.
Posted by Derek Griggs at 2:40 PM No comments:

WOW! sums up our day in Lamar Valley in the north east portion of the park. The day started early once again, however, this time we had the girls with us. As we were driving through the park we weren't seeing much for wildlife, but that didn't get us down because we hadn't actually arrived in Lamar yet.

The first animal saw was a huge bull elk running through the sage brush. I couldn't even begin to tell you how huge it was, so I'll leave it at that. Next we saw the back end of a black bear near the petrified tree. After that we encountered a large heard of bison and then another and a another. That's when I knew we were in Lamar Valley. After being stuck in a bison jam for 20 minutes we came across a elk carcass near a creek that was a kill from the previous night by the Canyon wolf pack. There was a single coyote feeding on the elk. After 40 minutes we continued our trek east towards of the edge of the park. On the way back west we drove past the elk carcass and stopped by a group of cars to see what the commotion was about. Chad and I spoke with a very nice lady that was a part of the Yellowstone wolf research project about what was going on. She said that there were two male wolves running along the hills and were moving east (towards the elk carcass). Since they weren't visible we kept on moving west.

Near the Roosevelt junction the was a minor traffic jam. We spotted another black bear slowly walking around the tall grass.

Later that afternoon we headed back to Lamar Valley to see if we could find anything to shoot. As we were approaching the elk carcass there was a considerably higher number of vehicles than earlier. Since we were stopped in the traffic I jumped out to see what had some many people stopped. As I walked up, a guy said that there were three coyotes, and two wolves near the carcass.

Chad and I sat and watched the coyotes try and provoke the wolves before they would eventually moved in to fed. After about 3 hours the black wolf moved in to feed off of the carcass! Chad and I took turns using his 500mm lens with my 1.4 teleconverter and while I was shooting Chad said "it's like a scene out of PBS Nature." 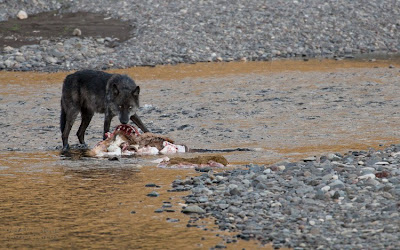 We will be adding new photos and video from our trip to the blog and image galleries. We are also planning our next trip to Yellowstone!
Posted by Derek Griggs at 9:50 PM 1 comment:

As we drove the road we saw a Bison near Nez Perce Creek. The Bison wasn't in a good position for a photo, but the scene above Nez Perce Creek was beautiful.

Since Bald Eagles are fairly common in our area, we didn't think we would spend a whole of time looking for eagles. But we spotted an eagle on an old dead tree. It was a great photographic opportunity because it was a different "scene" that we are used to shooting in Minnesota. 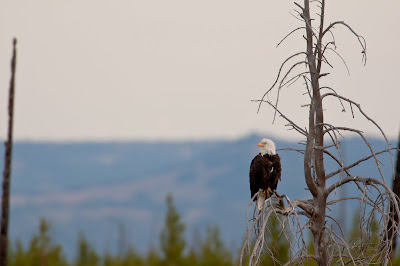 Posted by Griggs at 8:49 PM No comments:

Another iconic place to photograph in Grand Teton National Park is Oxbow Bend. Since this was our first time to the Tetons, we weren't shy about shooting these iconic areas. Something so photogenic makes our job easy. We got several images from different angles.

It was an amazing experience. We actually went to Oxbow Bend two mornings. Day 3 and day 4. It's best shot in the morning with the sunrise behind Moran Mountain. We got there before dawn and shared the area with at least 50 other photographers. As the sun rose we could hear Moose nearby. They make an almost prehistoric sound that could be intimidating in such low light.

Eventually the sun rose to some great photographic opportunities. I've only gone through a few of the images and will be going through more once I get home.
Posted by Griggs at 11:17 PM 1 comment: 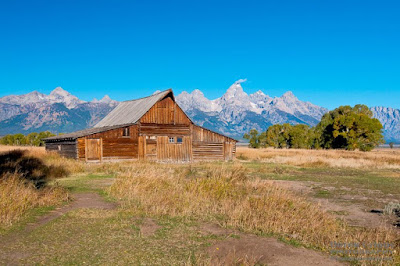 We wanted to hit all of the common photography places in the Tetons including Oxbow Bend, Snake River, Schwabacher’s Landing, and Molton Barns AKA Mormon barn. This was taken a little later in the morning than most of the photos, but it still turned out to my liking. On the way to this location Chad and I saw a wolf trotting along side a fence. By the time we got the car turned around it had disappeared into the woods. Chad and I knew there was a very remote chance of seeing a wolf, but we never thought it would happen! Hopefully our luck will continue when we search Lamar Valley for more wolves, but most likely we will find bears.
Posted by Derek Griggs at 11:16 PM No comments: 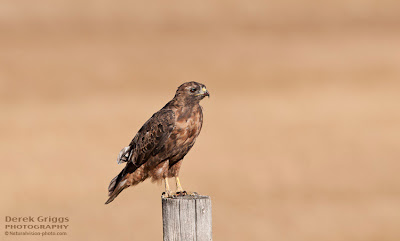 Due to limited internet access we haven't be able to post as much as we had hoped. Here is a Red Tailed Hawk from day 3. This was roughly 1 mile away from our hotel in Jackson, WY sitting on a fence post. This was my first shot with my new lens. We hope to get caught up in the near future.
Posted by Derek Griggs at 11:10 PM No comments: 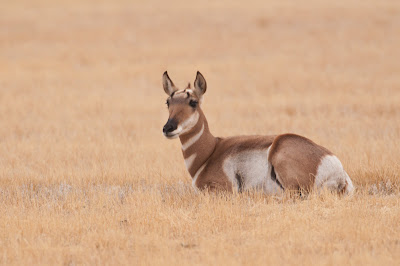 
We arrived in Jackson Hole tonight. It was a long day of driving but very informative. I've never been on a road trip to this part of the country. It was interesting watching the landscape change. The Black Hills are beautiful and seem to be much more than hills. Wyoming was much more arid and rocky than I thought. The Tetons are one of the most amazing things I've ever seen. Gotta get to bed, Oxbow Bend in the morning!
Posted by Griggs at 10:59 PM No comments:

It's the moment we have been waiting for. The night before the big Yellowstone trip.The work week is over for all four of us! We are packing last minute items in bags that are already filled to the brim. Next is loading the Acadia. As of now we are planing hitting the road at midnight and getting the badlands sometime near 8am.

We will be posting video and photos along the way!
Posted by Derek Griggs at 10:30 PM No comments:

Here is some of the gear we are going to be bringing along. Needless to say we need lots of cargo room in the vehicle...

Gearing Up for Yellowstone!

Derek and I have been making many last minute plans, preparations and changes to our gear, all for whats coming in five days! That's right, finally, it's time for Yellowstone!

The Yellowstone 20, 10 chant has been going for a few years now. Now that we are less than a week away, we just don't want to forget anything. We will be heading out Saturday morning and spending about a week between Grand Teton National Park and Yellowstone National Park. We will have photos, videos and blogging from the road.

Within the next couple of days I'll give a run down of the gear we're bringing...
Posted by Griggs at 11:44 PM No comments:

I haven't been out shooting too much lately, but I heard about a new plugin called Pixel Bender for Photoshop CS5. At first, I didn't think about it too much until I was bored one night and tried it on a few photos.

What the plugin does is make a photo "look" like a oil painting. Here are a few of my favorites. You can look in the gallery for the original photo. 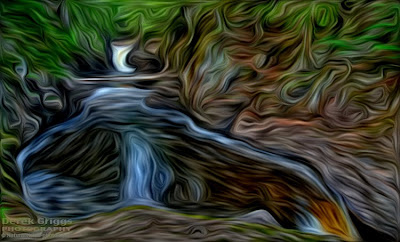 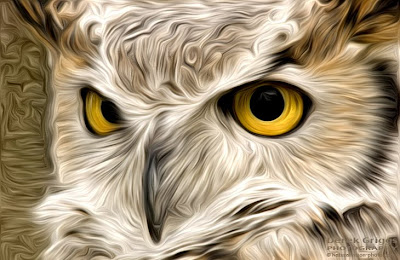 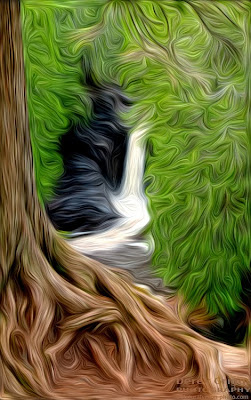 Posted by Derek Griggs at 11:14 AM No comments: