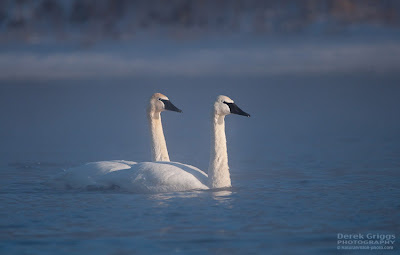 I was up early again in Monticello chasing Trumpeter Swans, and once again I wasn't disappointed. I met with another photographer from cameratalk.org. Cameratalk is a local photography forum that Chad and I frequent. The sun came up quicker than I expected, but I was able to come away with a couple shots that I liked.
Posted by Derek Griggs at 1:53 PM No comments: 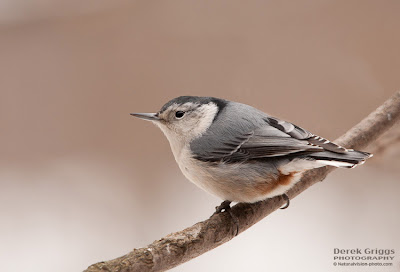 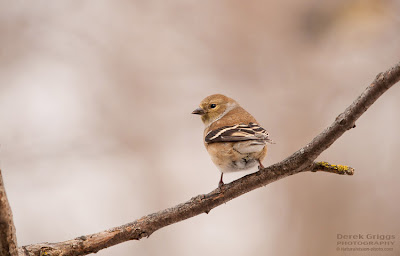 Wednesday this week had photography written all over it. The overnight fog froze to the tree branches creating a prefect setting for landscape photos. I hopped into the car with my wide angle 12-24mm lens, and drove up to Elm Creek Park. I drove to a couple of areas that I knew that would be good for landscapes, but for some reason the trees weren't frosted over!

I took off my wide angle lens and put on my 150-500mm lens and went to the Eastman Nature Center looking for birds. Fortunately there were tons of birds flying around including, White-Breasted Nuthatch, Black-Capped Chickadee, Cardinal, Gold finch, Hairy and Downy Woodpeckers.
Posted by Derek Griggs at 10:58 AM No comments:

I just wanted to give an update of some future projects you can look forward to from us. Derek and I will be taking a trip "up north." We will be looking for Great Gray Owls and Northern Hawk Owls. I've only seen one Great Gray in my life and it was at a zoo. I've never seen a Nothern Hawk Owl before. There are also many smaller song birds that can only be found well north of here. So hopefully we'll be able to share some of those with you soon.

I will also be taking a trip to Florida at the end of February. I'm hoping to get some of those friendly waiting birds they have there. Last time I was there I saw a lot of Osprey and of course aligators. I'm probably going to Gatorland, so if you've ever been there and have info to share, let me know.

We also have a trip to Burlington, IA on our "to do" list. But for some reason it sounds like it might be an off year, or at least a late one. There haven't been any of the usual reports of a huge number of eagles wintering there. So stay tuned on that one.

Lastly, I have a video project in mind of an interview where I share my favorite images of 2009. Yes it might be a little late for that but I don't care.

So thats it for now, hopefully I'll have some photos or videos to share with you soon!
Posted by Griggs at 2:38 AM No comments:

Flying Through the Fog 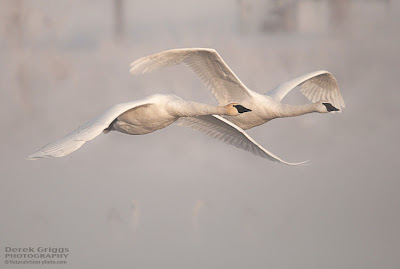 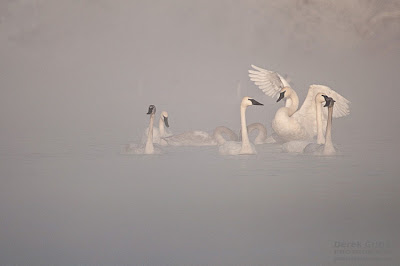 I spent yet another cold morning taking pictures. Today I headed to Monticello again to shoot the Trumpeter Swans. When I woke up it was cloudy and slightly snowing out so I thought about staying home. A few minutes later I looked out the window and could see light pastel colors on the snow and trees. I quickly grabbed my gear and ran out the door.

When I first arrived the lighting was a bit difficult due to heavy fog. Not only was there fog, but the swans weren't coming as close as they did last week when Chad and I were there. I found a good spot along the river and waited and waited, then finally a couple of swans appeared through the fog. I was able to get a few shots, but the autofocus and metering systems were a bit confused trying to locate a subject.

In total I was shooting for 2 hours, and took 300 pictures. I still have to go through most of them. Once I do, I will share them with all of you. Enjoy!
Posted by Derek Griggs at 11:53 PM 1 comment: 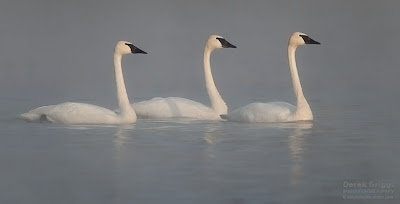 Since Chad and I went to Monticello last week I haven't had much of a chance to photograph anything. So I went back and looked at what I came home with from that trip. Originally, I didn't think much of this image, but now I think it's the best one I came home with.
Posted by Derek Griggs at 11:23 AM No comments: 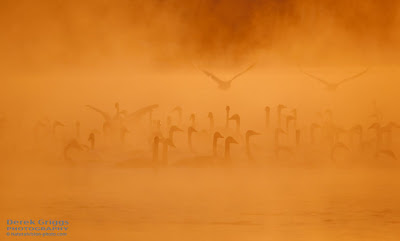 Chad and I set out to Monticello, MN to photograph Trumpeter Swans. Once again it was below zero when we arrived. As soon as we got in the parking and getting the cameras ready the sun poked through the clouds and created this orange glow. Its tough to say how many swans were in the area, but there were at least 100. Chad and I hope to head back soon!
Posted by Derek Griggs at 10:25 AM No comments:

This is kind of dorky but it was pretty cool for me and Derek sure thought it was funny. I submitted a question to my favorite podcast, "Photofocus." You can always find a link to Photofocus on this website on the right side of the screen.

Since we are starting to play with video and want to submit videos to this blog, I asked famous wildlife photographer and photography guru Scott Bourne what device he recommended for recording audio. Scott is now becoming an expert in DSLR's for video and you can see his answer to the question by clicking the link below.

Check out Photofocus Episode #25 and be sure to listen to question number 9. You can listen to or read the question and response at the link below.

A Day in Big Sky 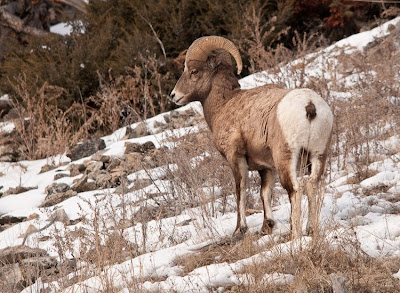 Finally, I got to go out and spend some time taking pictures around the Big Sky area. I went on a long hike in deep snow and high altitude and I didn't see any wildlife. Later in the day, I went 2 miles down the mountain to see if the big horn sheep were out. Luckily, one showed up and allowed me to photograph him for a few minutes.
Posted by Derek Griggs at 11:04 PM No comments: